Mr. Israel Nishimwe and Mr. James Ndekezi, both high school students then, participated in the 6-month training program from October 2017 to March 2018, which was provided under KIC’s ICT human resource development project in Rwanda. 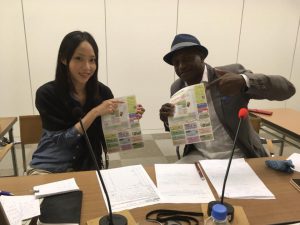 During the training course, the two youngsters produced a “smart table” that can charge such devices like smart phones or laptops, or turn on a light when those are put on the table, using wireless electricity technology. This voice message about their project was recorded soon after they embarked on the training course. They tell us that the smart table is a cheap method to make people’s lives more convenient.

Moreover, the wireless electricity technology that they used can also prevent electric shock accidents when applied to a wider range of things, and if combined with solar power generating system, it can also lessen the burden on the environment, they say. They confidently concluded the interview by saying “the future will be better than the past.” 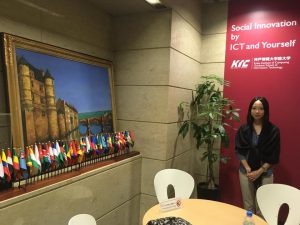